UFC 261: Uriah Hall wants to fight Israel Adesanya, but knows he has to play the game to get there. 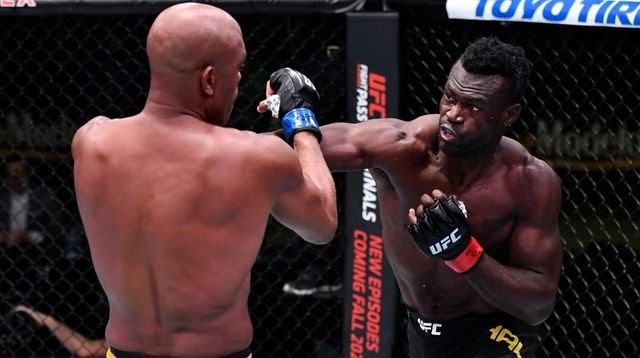 A creative fighter and a thoughtful person, Uriah Hall now feels like he understands the business aspect of mixed martial arts and seems willing to play along to get where he wants to be.

Where the 36-year-old fighter from Jamaica, Queens, via the island of Jamaica, wants to be is atop the UFC middleweight division and staring across at reigning champion Israel Adesanya with the chance to make that title his.

But there’s a process. Winning inside the octagon is part of it, sure, but Hall knows there’s a little more to it.

“Do I think he’s great? Absolutely,” Hall said at Wednesday’s UFC 261 media day. “But I’m very competitive. I’m the type of guy I’ll play video games on, you’ll beat me 1,000 times. I just need one. I just want to go up against that style, because I know that style. But to get there, I got to play the game. I got to play the politics. It’s like, all right. Whatever the UFC needs me to be. Whoever the UFC thinks can beat me. You know, the honor is fading out. And I’m starting to understand, because I’m old school. So it’s about business about money. It’s about capitalizing on all that and I get it.”

Hall (16-9) brings a three-fight winning streak into UFC 261 on Saturday night in Jacksonville, Florida, when he faces the Baldwin-raised Chris Weidman (15-5). Hall’s last fight was on Halloween when he stopped Anderson Silva in the fourth round.

That makes Hall’s two most recent fights against the two longest reigning middleweight champions in UFC history. Silva defended his belt 10 times before he was knocked out by Weidman at UFC 162 on July 6, 2013. Weidman defended his title three times until he was stopped by Luke Rockhold at UFC 194 on Dec. 12, 2015. (Adesanya and Rich Franklin are next on the list with two successful title defenses.)

Would a win over Weidman put Hall in the title fight conversation? Sure, but how high up in that conversation is the question. Hall is ranked No. 9 but has lost to four of the people ranked ahead of him. Not that the number next to the name determines the next title contender. Sellability of a fight also has its place in the matchmaking game. It is likely Hall would need to win one more fight, at least, before facing Adesanya. Then again, if the right work in the cage leads to the right work on the microphone which then leads to the right response from the champion, then anything is possible.

“I just got my mind fixated on the top guy. If they want to throw me some wolves in the top five, that’s what I exactly want,” Hall said. “But you know, styles make fights. I don’t want to go out there with someone hugging me. I want to punch someone in the face. But unfortunately, it’s part of the game. And that’s what makes it so interesting because guys are coming out there with great jujitsu skills, great kickboxing, and that’s what I love about MMA. I retired from kickboxing to do this. I was undefeated, but I got bored, because I’m very creative. And of course, you know, had some wins and losses, but still growing man. I feel like I’m Benjamin Button. I’m going backwards.”

Draft Week: the NFL has you covered.