Click Here
Top Picks: Checkout our reviews on WordPress and rate us!

Not so elementary, for D Watson.

Not so elementary indeed…

The yearslong odyssey for the Texans to find a true franchise passer culminated in Houston selecting the Deshaun Watson out of Clemson in the first round of the 2017 NFL Draft, but it looks like the pairing will soon come to an end, with tumult surrounding the quarterback and the franchise leading player.

With organizational chaos dooming the Texans the past two seasons, and ownership reportedly over-relying on the voice and opinions of Jack Easterby and reportedly completely ignoring the voice of Watson, it’s hard to fault Watson for wanting out. He’s a top-five quarterback coming off his best season, still young and with a contract that will prove to be a bargain in a few years.

Total organizational instability — from the top down — has led Watson to, reportedly, being incredibly pissed off and ready to move on from the team that drafted him in 2017. Here’s a timeline of reports and other rumors that detail the interworkings of the Texans organization and Watson’s displeasure with the situation

As a guest on “The Cris Collinsworth Podcast,” veteran cornerback Richard Sherman offered a small bit of advice to Watson: get over to the Big Apple.

We’ve officially reached the “NBA drama” stage of Watson trade rumors, with Instagram users discovering that Watson liked a post of a New York Post back page with a story suggesting the Jets should trade for him. No trade requests have been made yet.

Jan. 18: Texans have no interest in dealing Watson, Panthers interested

NFL Network’s Ian Rapoport reports that the Texans have no interest in trading Watson, instead wanting to keep him. Multiple teams, including the Panthers, have called Houston to gauge interest in the passer.

Jan. 18: ‘Great lather’ to get Watson out, but leverage in his favor

Anderson reminds everyone a key point: Watson has a no-trade clause, and it’s not entirely in the Texans’ best interest to trade away a superstar of Watson’s caliber. In any case, it’s a weak argument, especially if the team is going to continue to do poorly by its star player.

Despite all the smoke surrounding Watson and the Texans at the moment, the superstar QB has yet to ask for a trade, per Rapoport. That hasn’t stopped teams from calling to check on Watson’s availability, though,

Jan. 17: Watson has ‘played his last snap for Houston’

If the weeks of turmoil and confusion have left any doubt about Watson’s future in Houston, ESPN’s Adam Schefter reported that some people surrounding the Texans organization feel Watson won’t play another down for the team. A source close to Chris Mortensen added that the only remedy for the situation between Watson and the Texans would be for owner Cal McNair to fire … Cal McNair.

Schefter also added that “Watson’s feelings cannot and should not be underestimated.” Whatever that means. 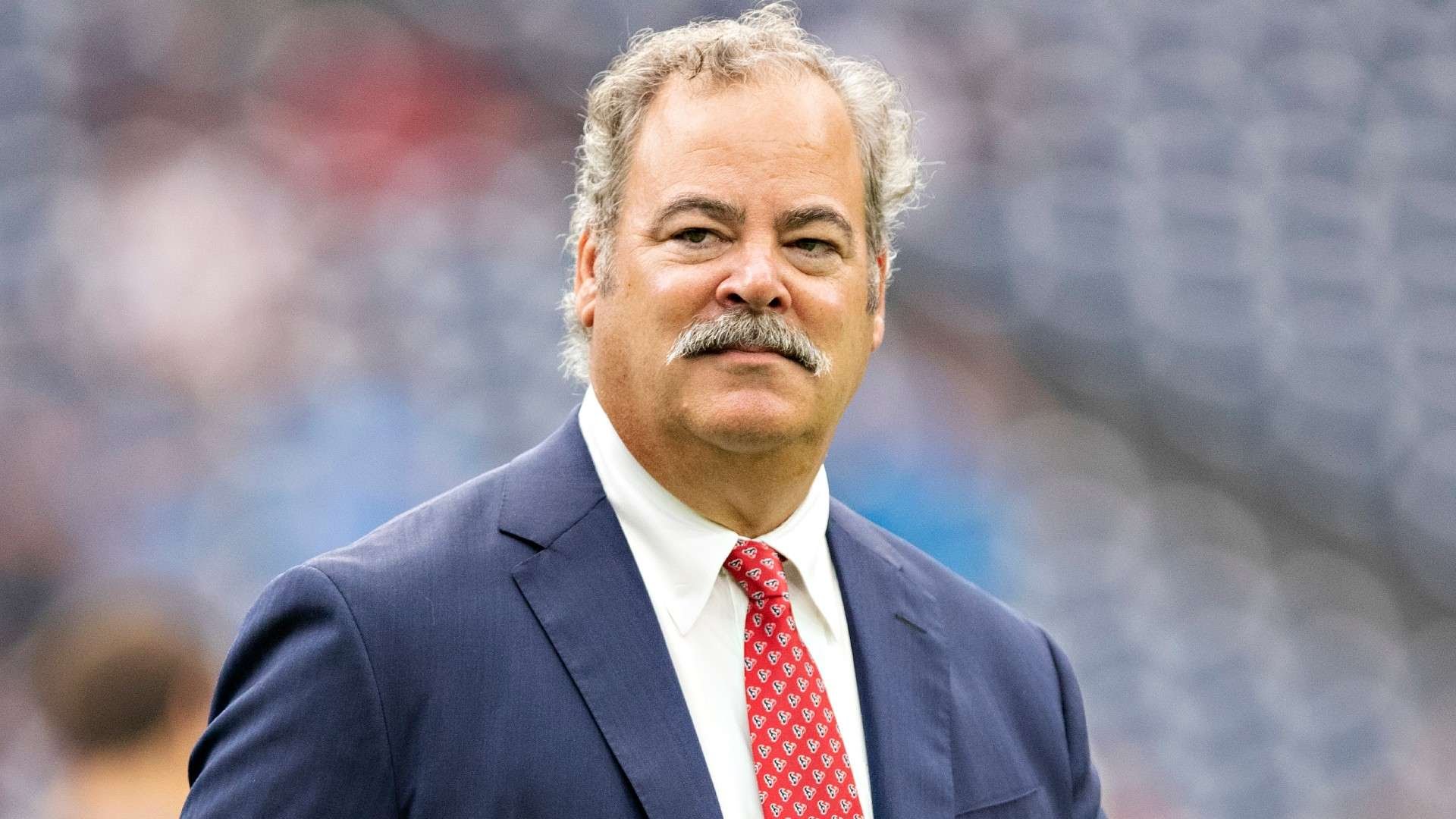 Despite the Texans making moves to try and appease their disgruntled quarterback, Watson just wants out of H-Town, per SI. A culmination of the coaching and GM search and general organizational dysfunction has led to Watson taking a hard stance on his status with the team: Just get me out of here.

Coming from a Schefter report that Watson’s anger was “at a 2, but now a 10,” the Texans QB sends out a single tweet that seems to confirm this. A later tweet would actually indicate that these were actually song lyrics. (Sure, Deshaun.)

A curious wardrobe decision by Watson, with a photo on an Instagram story showing Watson in a Falcons jacket, coincidentally, outside of a building in New York City. Watson is a Georgia native and likely grew up a Falcons fan.

It’s just a jacket, but let your imagination run wild.

The Chiefs OC is a hot commodity on the coaching scene, and was even recommended to Watson by some guy named Patrick Mahomes. While the Chiefs hadn’t initially put in an interview with Bieniemy — missing the window in which coordinators can interview during the playoffs — new GM Nick Caserio is interested in speaking with him. Because of tampering policies, the Texans won’t be allowed to speak with Bieniemy until after the Chiefs are eliminated.

In the words of Deandre Hopkins, when ‘Dre speaks, we listen. The former Texans wide receiver took to Twitter to offer Watson some sage advice: Stand your ground. He also roasted the Texans and their devotion to Jack Easterby, who many question

Heads exploded when then head coach/GM Bill O’Brien opted to trade star wide receiver DeAndre Hopkins to the Cardinals, with Watson himself taking the trade in stride. ESPN’s Adam Schefter reports that Watson’s anger vaulted from a “2 to a 10” with the organization opting not to hire ESPN analyst and former front-office exec Louis Riddick to its GM role.

Jan. 10: More details emerge about rift; Dolphins could be a trade destination

If Watson were to be moved, then the Dolphins could be a viable destination for a trade, according to ESPN’s Chris Mortensen. Miami, who holds Houston’s first-round pick in the 2021 NFL Draft, would reportedly be open to trading quarterback Tua Tagovailoa and trade assets in exchange for Watson, per Mortensen. 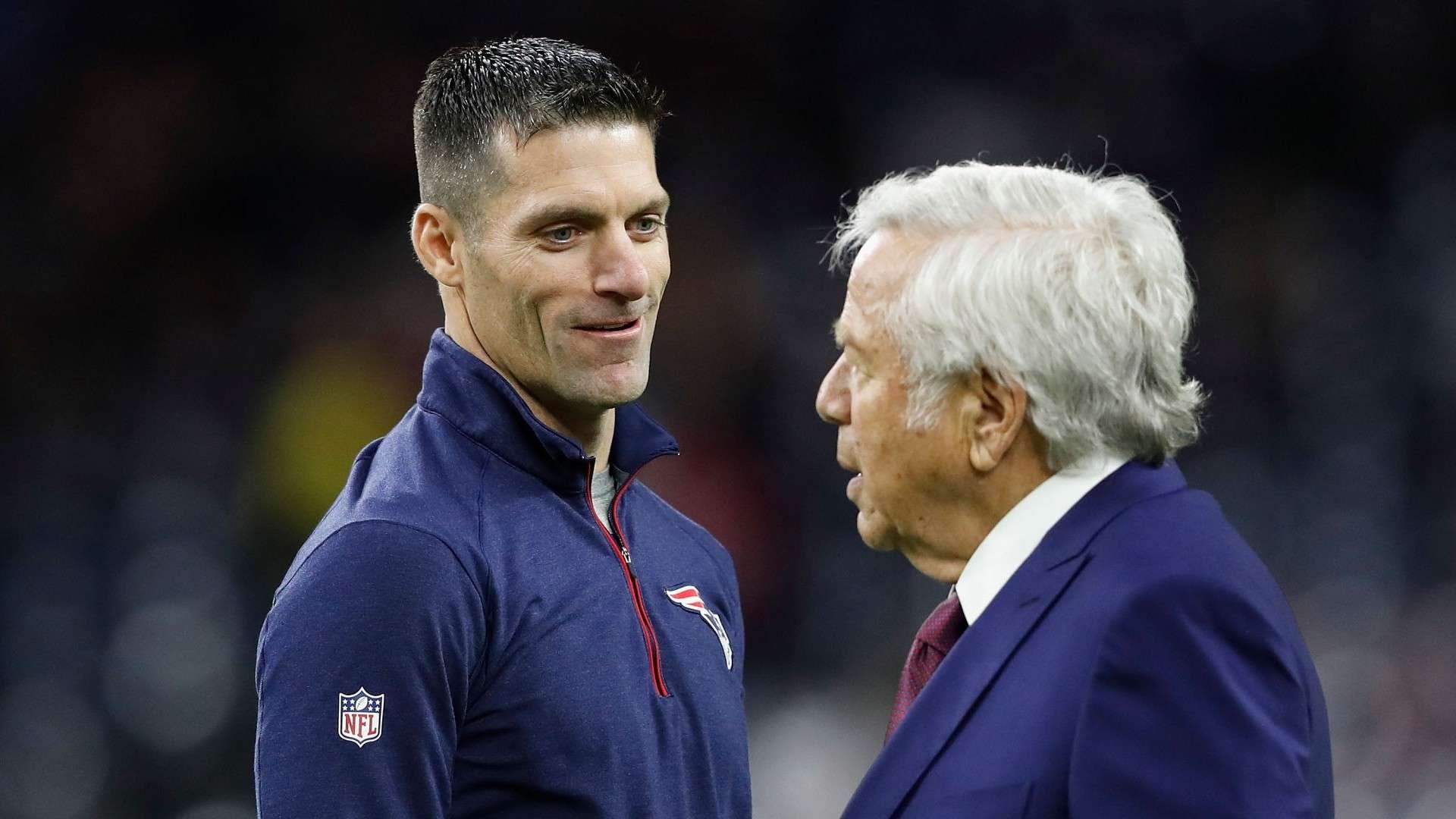 Source: “Literally us, the Houston Texans.”

A major part of the reported rift between Watson and the Texans surrounded Houston naming a general manager without Watson’s input, a promise that had been supposedly made to Watson during the season. Instead, owner Cal McNair Jr. and Jack Easterby.

After the Texans fell in Week 17 to the Titans in Week 17, NFL cams caught JJ Watt and Deshaun Watson in a candid moment as the two were walking off the field. “I’m sorry, I’m sorry,” Watt said. “We wasted one of your years.” The Texans would finish 4-12.

Source: “Literally us, the Houston Texans.”

Well, about a year, many losses and one too many trades too late, the Texans decided to fire head coach/general manager Bill O’Brien after a sluggish start to their 2020 season. The team would name Romeo Crennel the interim head coach.

O’Brien’s tenure as HC would be mired in personnel controversies and several lopsided trades that leave the Texans without a first-round pick in 2021.

“I think the best way to tell the story is by starting at the end, briefly, then going back to the beginning, and then periodically returning to the end, maybe giving different characters’ perspectives throughout.” — “The Other Guys,” 2010

Arguably the genesis of the chaos in Houston was the hiring of Patriots team chaplain — later “character coach,” whatever that is — as its executive vice president of football operations.

Easterby’s meteoric rise to a such a high office in an NFL franchise is met with skepticism from all avenues, and would come back to haunt the team later.

Philip Rivers’ retirement is reminder that clock has expired for Big Ben, and Steelers need to help him accept it.

2021-01-20
Previous Post: Urban Meyer will become the Jags next HC.
Next Post: How the Brooklyn Nets look to add the final piece: But who?

Comments are closed, but trackbacks and pingbacks are open.

During Thursday’s game against the Eagles, Buccaneers CB Richard Sherman signaled to